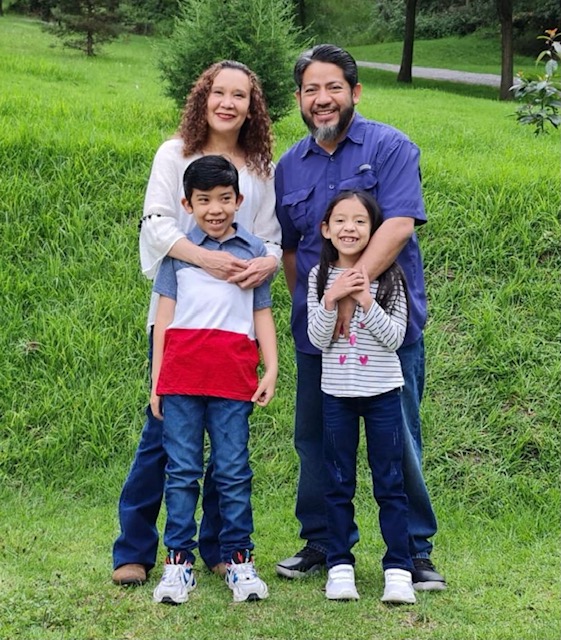 Esdras was born in Chiapas, Mexico. He is the second son of a pastoral family.

Growing up in his local church he has served as youth leader and as a Sunday school teacher for youth and children. He has also served as a leader in teenage ministry for the South District in Mexico. When he was 12 years old, he met the Lord as his personal Savior. In 2002, while attending a retreat in the city of Palenque, Chiapas, he felt God’s call for him to become a missionary.

Since 2005, he has served as a missionary in the Mesoamerican Region. He has served in the Communication Department, Theological Education, and Finances, Since 2014 he has been serving in the South America Region as a National Ministries Coordinator. He also has been a teacher at Quito Nazarene Seminary for the South America Region. He has a bachelor’s degree in information, and has a Master’s degree in Religion Science, with a focus on the Mission of the Church.

Scarlet was born in Managua, Nicaragua. She too is the second child of her family.

She graduated from the National University in Managua, Nicaragua. There she obtained her bachelor’ degree in business administration. Scarlet also attended to The Nazarene Seminary of America (SENDAS), in Costa Rica; where she obtained a Master’s degree in Religion Science, with a focus on the Mission of the Church.

They are a multi-culture family who have a genuine desire to serve the Lord with all their heart, strength, soul, and mind in order to help strengthen and build the body of Christ.