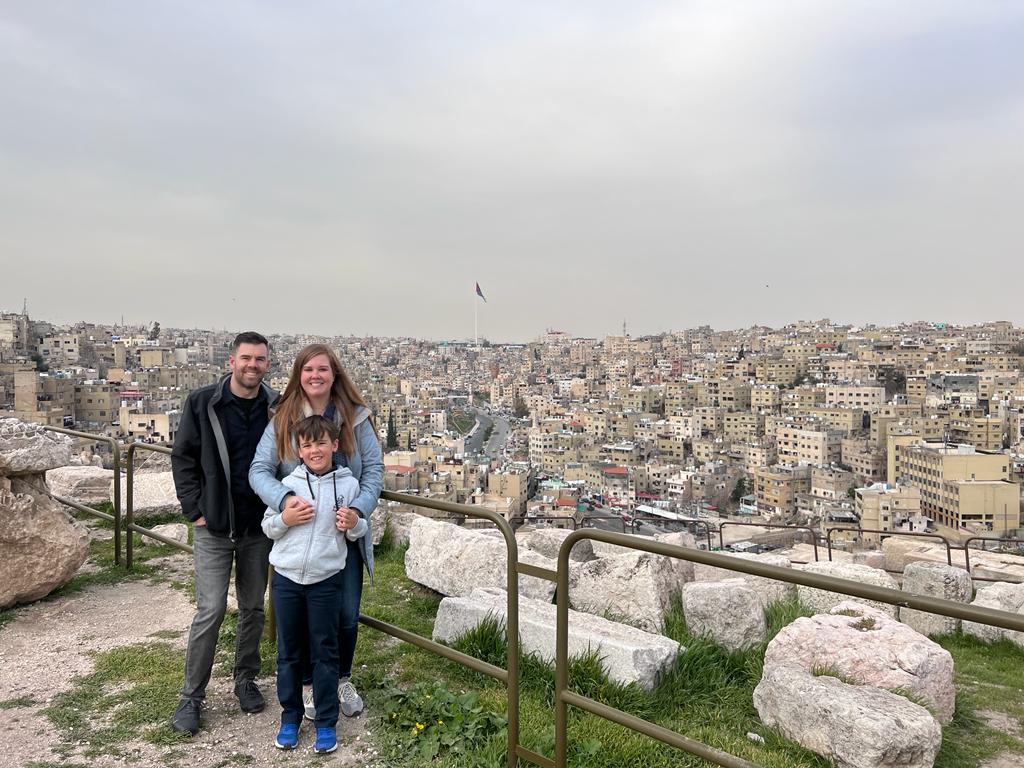 Joel and Kristin grew up in Medford, OR and have been married since 2006. Both attended Oregon State University and after college, they lived and worked in Portland, OR, Seattle, WA and San Francisco, CA before moving back to their hometown of Medford in 2014 when their son Jackson was just 6 weeks old. Jackson is now 8 and attending an International School in Amman.

While living in San Francisco, both Joel and Kristin worked for Mercy Housing, and this is where they each developed a passion for serving cross-culturally. After moving back to Medford, Joel returned to school at Southern Oregon University and earned his MBA, while Kristin served on staff at New Life Church of the Nazarene, working primarily in Local and Global Missions and Communications. She also received her first District License in May 2020 and is currently enrolled in the Master of Arts in Church and Community program at Trevecca.

Joel and Kristin are excited to have been called to participate in the work of the Nazarene Church throughout Jordan and the Middle East. Joel serves as the Field Finance Coordinator and Kristin as the Communications and Work & Witness Coordinator. Through their roles, they seek to resource and equip local leaders as they facilitate crucial projects that will greatly impact the lives of many across the region.